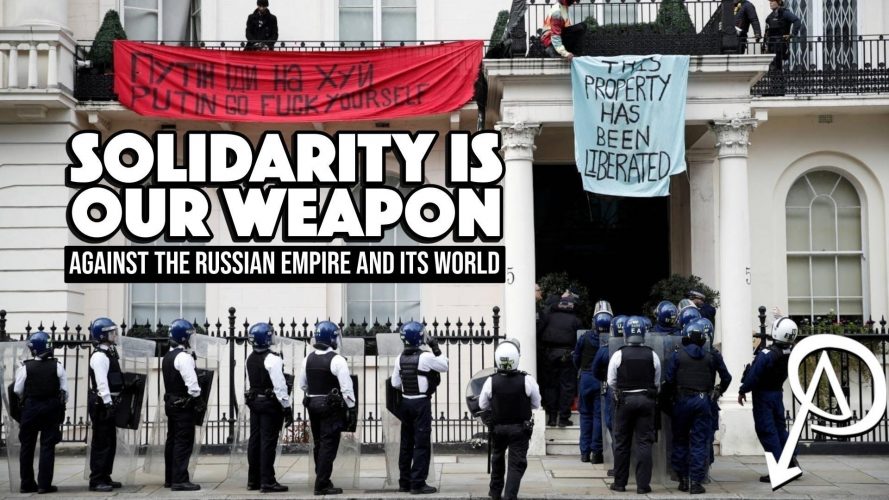 Solidarity Is Our Weapon: Against the Russian Empire And its World

For the last month, the people of Ukraine have been resisting Russia’s invasion. Many are putting their lives on the line not to protect the Ukrainian state, but against the so-called Russian world which only brings authoritarianism, torture and misery. We can’t forget that the very same air force that struck a shopping district in Kiev and a maternity hospital in Mariupol also razed Aleppo to the ground, burying the Syrian revolution in its rubble. Resistance against Putin and his world requires solidarity across borders.

We are calling on all anarchists and antifascists to support the fight. Anarchist Black Cross collects money for comrades in Ukraine and those who have decided to leave the country. You can support their efforts at abcdd.org.

Solidarity is our weapon.