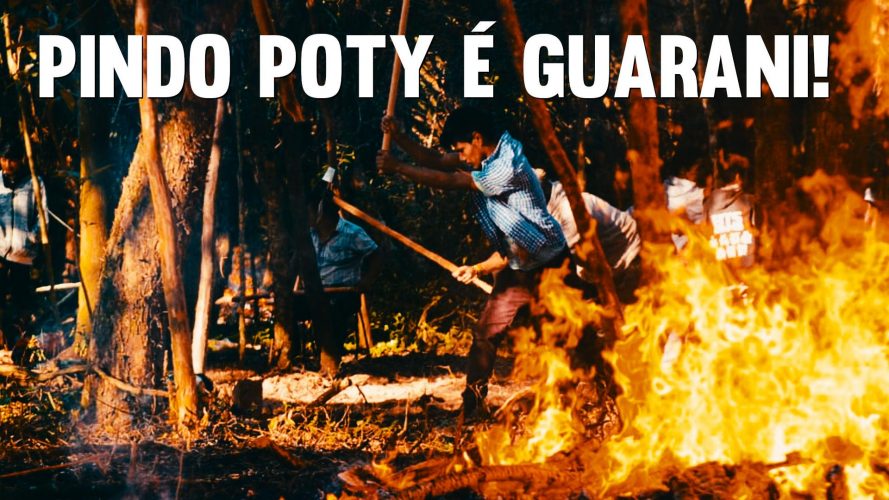 Faced with the sluggishness of public authorities and under constant invasions, in the early hours of Friday the 30th of April, the Mbya Guarani people decided to act to retake part of their traditional territory. During the take back, they destroyed fences and shacks of invaders installed in the tekoa – place where one is – Pindo Poty, located in the Lami neighborhood, in Porto Alegre, Rio Grande do Sul.

For weeks, the indigenous people have been demanding and awaiting legal action from the Federal Public Ministry (MPF) and the National Indian Foundation (FUNAI) about the invasions, which have not been curbed by the authorities and, as a result, have intensified. Deforestation and subdivision of indigenous territory are the most direct consequences of this problem.

According to information from the Mbya Guarani, while they were meeting with the MPF on Thursday (29), on the other side of the Indigenous Land, invaders deforested and divided up another part of the tekoa. The situation then became even more unacceptable.

“What we see is the invaders advancing on the traditional territory. That’s why we stood up with the strength of prayer, singing and also with the protection of bordunas, bow and arrow. We went to the site of the invasion and tore down the fences, the houses, and decided to camp there,” reports a leader of the Mbya Guarani people.

Forest Standing, Fascism on the Ground

Uprising for the Land: Bra$il Is Indigenous Land!