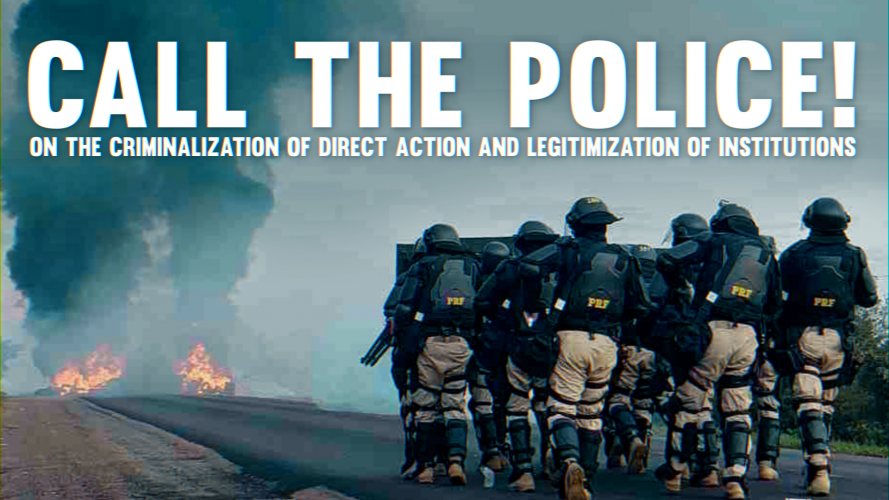 Call The Police! – On the criminalization of direct action and legitimization of institutions

The proliferation of coup attempts since the elections, with barricades and blockades, often escalating into violence, has led many people and leftist organizations to call for police and judicial action. For many people, Supreme Court judge Alexandre de Moraes has become a symbol of resistance to the Bolsonarist fascism. But has it not yet become clear that the police, who promptly disperse and repress leftist demonstrations, will be reluctant and procrastinate when it comes to fighting fascists? That a judiciary that acted quickly to arrest Lula, even without concrete evidence, in order to prevent him from running in the 2018 elections is the same one that allows Bolsonaro to remain unpunished to this day, despite all the crimes he has clearly committed? Haven’t we realized that legitimizing and strengthening these institutions is a mistake, because they will always hit us harder?

From the Nazi Threat to the Normalized Genocide